California: Calls/Emails Needed to Protect Alligators + Crocodiles From Being Killed for Their Skins!

Jun 21 Posted by Jerome in Blog 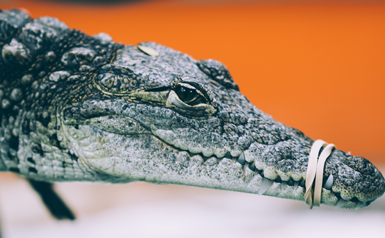 Fashion retailers like Louis Vuitton and alligator/crocodile breeders are working to pass a dangerous bill—AB 719—that would continue an exemption to California law that has allowed the sale of alligator and crocodile products since 2006.

Back in 1970, California banned the sale of alligator and crocodile products; however, in 2006, the ban was lifted, temporarily exempting the legal sale of these products. Following two more extensions to this ban in 2009 and 2014, the fashion industry and various Louisiana breeders tried to extend the exemption into 2030 with AB 527 but, thankfully, were defeated.

The current exemption for the sale of alligator and crocodile products ends on January 1, 2020. If AB 719 passes, the exemption will be extended to January 1, 2025! LCA is joining Social Compassion in Legislation in urging California residents to take action by opposing this bill.

2. Spread the word on social media: If you have a Twitter/Facebook account, please use the platforms to voice your opposition to AB 719. You can Tweet the following: