Save the Date—#GivingTuesday is Dec 3! 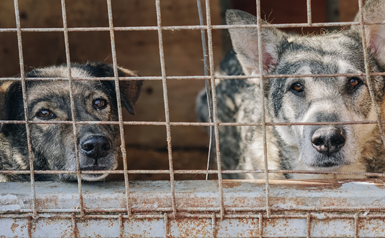 Stand up for animals on December 3, 2019 for #GivingTuesday!

Giving Tuesday is a global giving moment to support the causes you love—like LCA's work to end animal cruelty!

When you donate to LCA, you will help keep LCA's investigators working in the field to expose horrific animal abuse, and you'll feel good knowing your help will support LCA's lifesaving work for animals! Just look at what LCA has achieved for the animals with you by our side in 2019...

On Giving Tuesday, you will have the opportunity to support LCA's groundbreaking investigations and hard-hitting campaigns. Your donation will allow LCA to expose animal cruelty around the world and make real change for the animals.

Great news! This Giving Tuesday, Facebook will match donations made on Facebook! Starting at 8:00 am EST (5:00 pm PST) on December 3, 2019, donations will be matched dollar for dollar on a first-come, first-served basis up to $100,000 per nonprofit and $20,000 per donor. Here's how to maximize your donation on #GivingTuesday:

Don't miss out on this amazing opportunity to double your impact! Thank you in advance for your generosity and don't forget to save the date: Tuesday, December 3, 2019!