Nov 01 Posted by Jerome in Blog 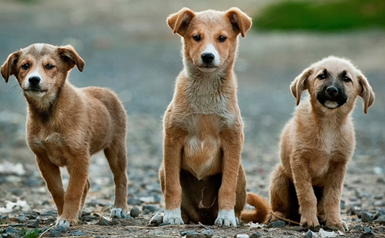 UPDATE: On Tuesday, November 5, 2019, the U.S. Senate unanimously passed the PACT Act. The bill now goes to the desk of the president to be signed into law.

On Tuesday, October 22, 2019, the U.S. House of Representatives unanimously passed the Preventing Animal Cruelty and Torture (PACT) Act. A companion bill has now been introduced in the Senate for consideration.

The PACT Act, a bi-partisan bill introduced by Rep. Ted Deutch (D-Fla) and Rep. Vern Buchanan (R-Fla), makes certain acts of animal cruelty (crushing, burning, drowning, suffocating, impaling, ect.) a federal offense with a penalty for violators of up to seven years in prison. The bill expands on the Animal Crush Video Prohibition Act of 2010—which outlawed the creation and distribution of animal crushing videos—closing a loophole by prohibiting the underlying acts of animal abuse.

LCA has long since recognized the direct correlation between animal cruelty and human cruelty. In 2016, LCA launched the FBI Tracks Animal Cruelty campaign to support the FBI's efforts to record all incidents of animal cruelty in the United States with the National Incident-Based Reporting System (NIBRS).