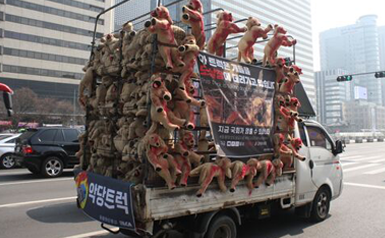 From today, February 21, 2019, through Tuesday, February 26th, LCA and ALW will drive the "villain truck" — a truck filled with fake stuffed dogs to resemble the real trucks used to transport dogs to their death — around the streets of Seoul to educate the public about the gruesome and egregious treatment of dogs in the dog meat trade and to call on the National Assembly to pass MP Pyo Chang-won's proposed amendment to the Animal Protection Act, which was originally introduced on June 20, 2018 and, if passed, would outlaw the slaughter of dogs for meat in S. Korea. 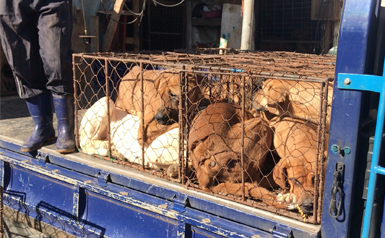 In order to transport them to slaughterhouses, dogs are routinely crammed into small wire cages and often suffer heat exhaustion and even broken limbs as a result. Due to the horrific conditions dogs experience on the transport trucks, many do not make the long, painful journey and die before they reach the slaughterhouse. Those that do make it to slaughter are typically killed by being hung, electrocuted, beaten to death, or by being boiled alive. 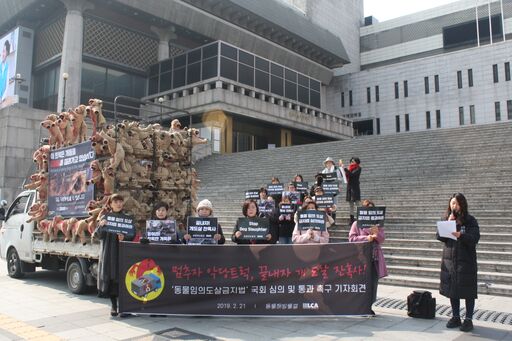