Jul 11 Posted by Jerome in Blog 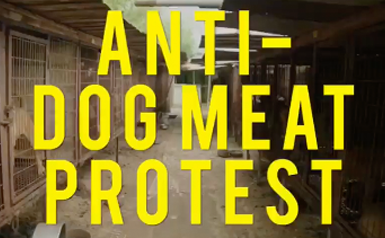 The trio held a joint press conference with MP Pyo Chang-won to urge the S. Korean government to pass MP Pyo's proposed amendment to the Animal Protection Act, which would ban the slaughter of dogs and cats for meat.

The protest will commence on Friday, July 12, which marks the first day of Boknal—three nonconsecutive days known for being the hottest days of the Korean summer. The consumption of dog meat in S. Korea rises exponentially this time of year because dog meat soup, known as "Boshintang", is considered the food of choice to combat the extreme heat and humidity. 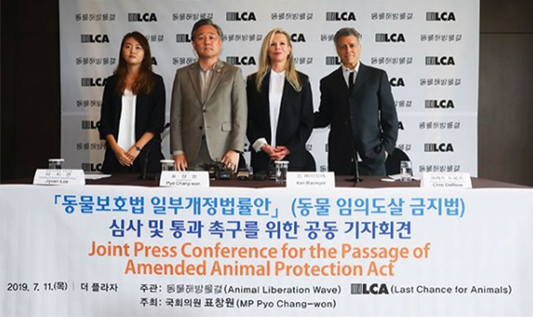