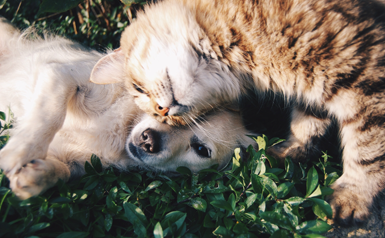 The PACT Act, a bi-partisan bill that was introduced by Rep. Ted Deutch (D-Fla) and Rep. Vern Buchanan (R-Fla), closes a loophole in the 2010 Animal Crush Video Prohibition Act by outlawing crushing, burning, drowning, suffocating, impaling, and sexual exploitation of animals. The 2010 Act previously only banned the actual creation and distribution of animal crushing videos, not the underlying acts of animal abuse.

The bill now goes to the desk of the president to be signed into law. Those found guilty of violating the law will be charged with a federal felony offense and will face a penalty of up to seven years in prison.

LCA has long since realized the correlation between animal cruelty and human cruelty. A 1997 study co-authored by Northeastern University found animal abusers were five times more likely to commit violence towards people. More than three decades ago, the FBI also recognized animal abuse as a "first warning sign of potentially dangerous criminal conduct."

In 2016, LCA launched the FBI Tracks Animal Cruelty campaign to support the FBI's efforts to record all incidents of animal cruelty in the United States with the National Incident-Based Reporting System (NIBRS).